Death Metal/Grindcore!!! One of Long Island NY’S best kept secrets and one of it’s most extreme , and the first time they have collaborated with Paragon Records! After their brilliant 2014 EP “Living Ghosts Of The North Shore” which is one of my favorite releases of that year, Buckshot strike even harder with their fourth full length!!! This is yet another proud moment for Paragon records to be working with another great band that has been honing their craft for over 14 years now and a perfect example that their is fresh blood on Long Island with Buckshot Facelift being one of the forerunners!!! This a concept album! The first time the band has ever done one and sees the band taking their style of music to a further realm of maturity, originality, and extremity. To describe their music simple you could say it’s Grindcore and maybe this fits with the more earlier material but this is not accurate and short sighted and even more so as the band has evolved over the years into a style that they have created all their own. Expect Hardcore, Power Violence, Death Metal, Black Metal, Grindcore [of course], acoustics, samples, atmospheric moments, and more…, that when it’s all said an done you got Buckshot Facelift!!!!! Features members from Artificial Brain, Afterbirth, Thaetas, & Grey Skies Fallen!!! Guests vocals by King Fowley of Deceased/October 31!!! 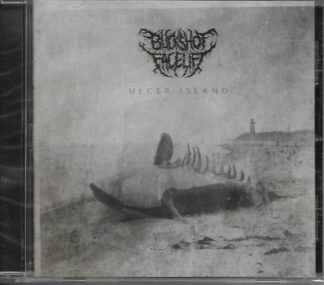