CREPITATION – The Violence Of The Slams (With Slip-cover)

Bringing their own brand of gargantuan slam death brutality, Crepitation have assembled 10 tracks of intense death metal with old school txdm style slam and even some grindcore influences that will satisfy all fans of extreme music. With their signature insane song titles such as ‘Patholigical Armoured Ferret Tank’ and ‘Spunkated Rapised Enfuckment’, and a lashing of samples to ensure hilarity throughout, ‘The Violence of the Slams’ is the record that all fans of the band have been waiting for.
Featuring guest vocals by Pascal from Amagortis and featuring members from across the UKDM scene, Crepitation have delivered some brutally brutal brutality. For fans of Guttural Secrete, Prophecy TX, Katalepsy and Putrid Pile. 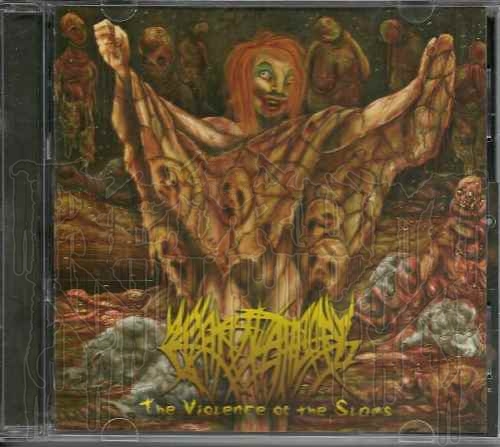 You're viewing: CREPITATION – The Violence Of The Slams (With Slip-cover) $11.00
Add to cart
We use cookies to ensure that we give you the best experience on our website. If you continue to use this site you agree to the use of cookies and our terms of service.OK