In 2001 mankind suffered Under the Reign of Terror; this autumn they must prepare for Genocide! Four and a half years passed with countless delays, difficulties, and lineup changes which threatened to lay Bloodthorn to its’ final rest. But the Norwegian Death Metallers remained strong and finally return with their heaviest and most extreme album to this day. Spanning almost fourty five minutes and including songs such as the savage and frantic “Nightmare of Violence,” “Sacrificial Slaughter,” “Monolith of the Dead,” as well as the brutal onslaught of “Hell on the Eastern Front,” “Blood and Iron” and the crushing heavyweight “They Will Arise” the Genocide album marks a definite milestone in the bands career. Genocide was recorded in Godt Selskap Studio (Chton, Griffin, Keep of Kalessin) with Knut Fug Prytz (Necrophagia) producing, giving the album the heavy, thundering production the band sought after. Expect nothing but TOTAL WAR!
9 tracks 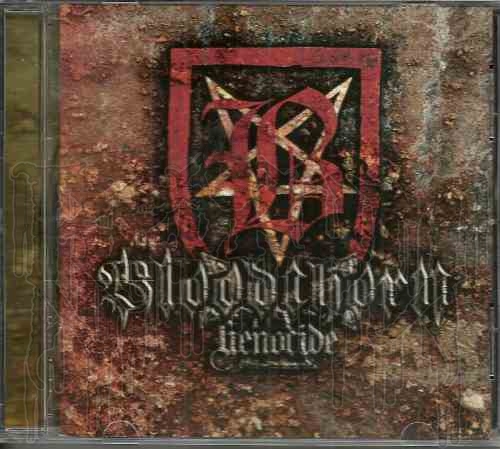