CARDIAC ARREST – And Death Shall Set You Free

Their fifth and most foul album to date, CARDIAC ARREST brings you “And Death Shall Set You Free”! Formed deep in the black infamy-choked bowels of Chicago in the late ‘90s, CARDIAC ARREST has been a known associate of Razorback’s for years and, while the two camps had bonded over their shared obsessions with all things horror and metal, they never worked together – until now!
Releasing their four previous albums elsewhere, the fearsome foursome of Midwest metal maniacs continue their legacy of death metal brutality with “And Death Shall Set You Free” and the 10 cruel scythe cuts of horror-weltered cacoffiny offered therein, with such aural atrocities as “There Is No Escape,” “Bridge Burner,” and “Rise! Part Man, Part Beast.” While the new album is their catchiest yet, it is still as unforgivingly heavy as a sledgehammer to the skull. You have been warned! As those abominable gore-adorers who are CARDIAC ARREST always proclaim … ROT FOREVER! 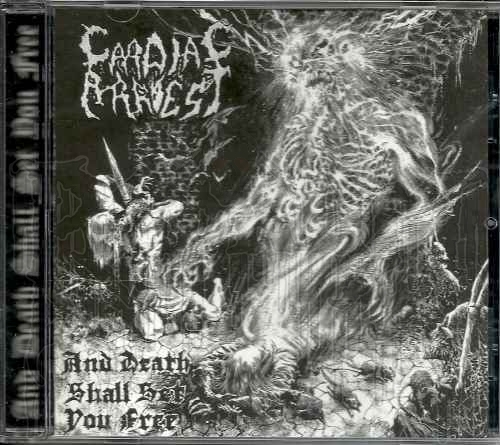 You're viewing: CARDIAC ARREST – And Death Shall Set You Free $10.00
Add to cart
We use cookies to ensure that we give you the best experience on our website. If you continue to use this site you agree to the use of cookies and our terms of service.OK