GOD’S TEMPLE of FAMILY DELIVERANCE deliver an equally cool take on sludgey heaviness. The first thing that grabs your eye is the gruesome cover illustration of warrior corpses impaled on stakes on some mist-enshrouded battlefield, which might fool you into thinking this is old school Death Metal circa 1985. But when you crack this album open, what oozes out are huge, winding trance states of serpentine math / Doom riffage and potent floor-tom / feedback workouts, divided into a four song cycle with each jam stretched out into a 10-17 minute epic. At their core, GTFD traffic in the same sort of sticky, feedback-infested 16 rpm hardcore sludge as Noothgrush, Grief, and old Melvins, but they infiltrate the tarpit riffs and gluey tempo with some intricate math-rock moves and unexpected melodic flourishes that are hidden beneath the detuned Doom. Extended bouts of amplifier feedback howl and proggy, angular guitar lines appear throughout as well, like some barbaric fusion of The Melvins, Eyehategod, and Don Caballero dunked in tar. Killer crushing hypno-math-magma-metal. – Crucial Blast 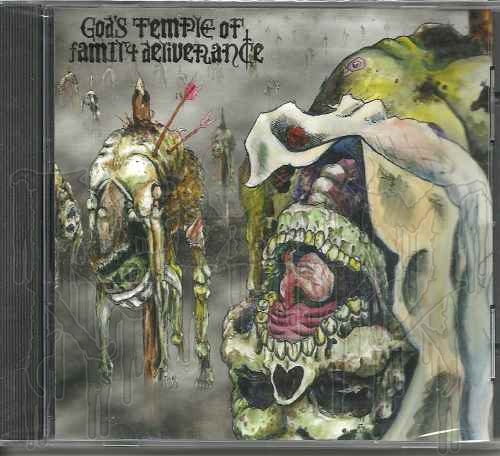