What’s it sound like to go Beyond Death? That’s precisely the question GOUGE answer with their titular debut album. These Norwegian death metal upstarts started off with a bang with their Doomed to Death EP, one of HELLS HEADBANGERS’ hottest 7″ in recent years, and now with Beyond Death, the unholy duo upratchet their ravenous deathnoise x 666. GOUGE’s influences are clearly from the oldest of schools – Repulsion, Autopsy, Death Strike, and earliest Death – but even just a cursory listen to Beyond Death reveals an acute understanding of what drives those sounds rather than the replication of them: their attack is gross and guts fucking, but burning with a passion that’s blanching to behold. Not to mention that these young mavericks know how to write actual songs – and there’s 10 quick-hitting slices of absolute DEATH here. No better time, then, to go Beyond Death with GOUGE 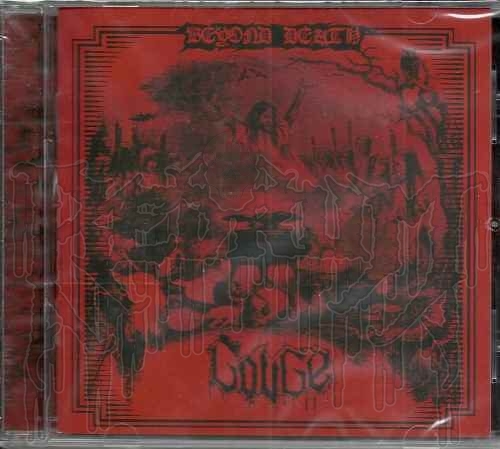