German Goregrind classic for all times SICKO BABY , with extra tracks from the Demo Release , unreleased tracks . 7 ep songs and More. This classis was original released in 1997 and stands out among the best and gory albums of all time!

Track Listing preview :
“Sicko Baby” release
“Bizarre Tales of the Abnormal” demo
“Remind the Bizarre” split EP with Cabal
#37: “Disgorging Foetus” (recorded for a Regurgitate tribute album released in 2001)
#38: “Gay’s Erection” (unreleased – recorded in 1995 during the same session as the demo and the split EP with Cabal)
#39: “Splatter Whore” (same as #38)
#40: “Raw, Brutal, Rough and Bloody” (unreleased – recorded in 1997 for a deleted GG Allin tribute album. repress of this classic album and all the early demos and 7ep material…a must have !! 40 Tracks of putrid German sleaze 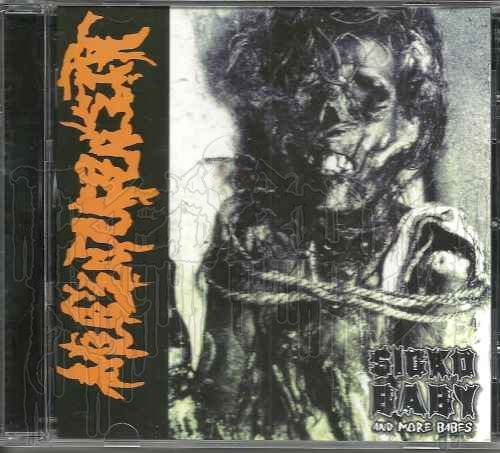