GUTALAX are back! 4 years since the last release, the split with SPASM, they returned with a new album.

14 new songs and a cover version of ROMPEPROP in a bombastic sound. They added 2 new voices, Maty uses also his

part of this masterpies: Julian (BENIGHTED), Roman (DIPHTERIA) and in one song some rap-parts from SODOMA GOMORA.

Holy shit, this is not another boring record, this ass blasting, fantastic goregrind superlative. 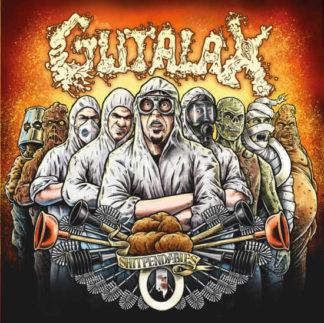 You're viewing: GUTALAX – The Shitpendables (Jewel Case) $5.00
Add to cart